Since going on my diet, there are two foods I miss more than anything: burgers and pizza. So as a true test of strength I found myself visiting two pizza places in one day. The first was Roberta’s in Brooklyn, and the second was a surprise stop at Coronet on the Upper West Side. I only ate at Roberta’s. It wasn’t for lack of quality, but in this case size did matter. See below. 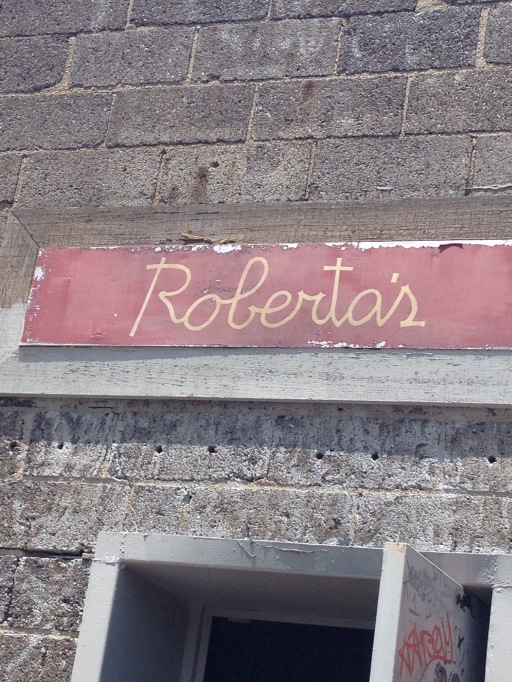 When indulging this pizza craving it was go big or go home, so I trekked it all the way to Bushwick for some of the best the city has to offer. By now you’re familiar with my food adventure partner in crime Ariele. A healthy lady herself, she was equally stoked for a trip to the dark carb side. We got the bee sting. A miracle mixture of sweet and spicy all on a crispy yet chewy crust. Honey and chili flakes are the new peanut butter and jelly. You heard it here first. 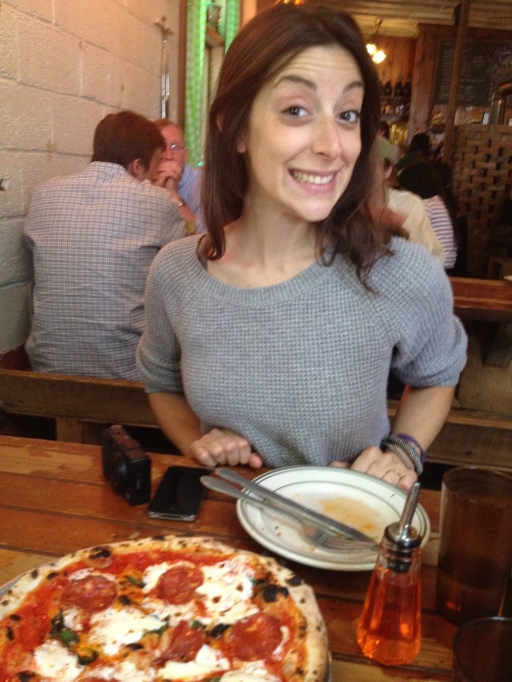 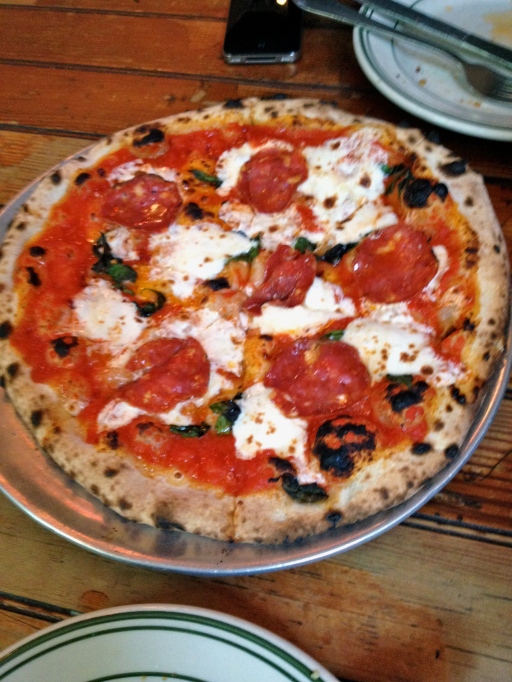 Full to the max, we took a walkabout to undo some of the damage. 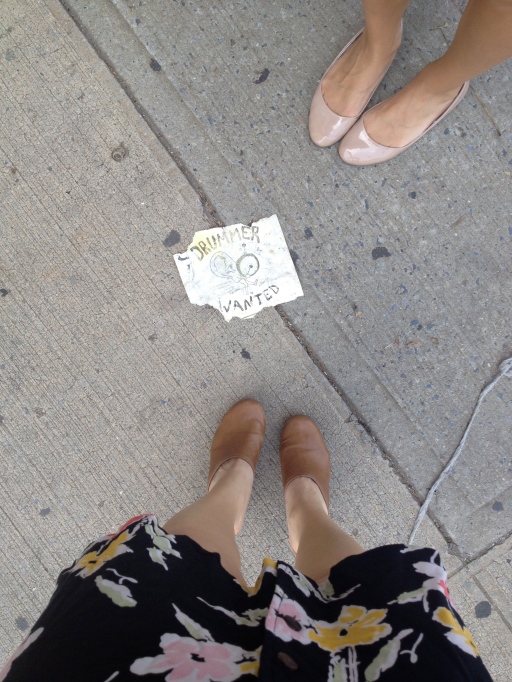 Then it was time for some tune-age, so I went to watch my pal Roman’s band Bad Man Yells. They’re a little bit country and a little bit rock and roll, but then add a layer of soul that ties it all together. Each expertly-crafted song in their set shows off the members’ ability to blend the old with the new and brings you back to a time when James Taylor and Neil Young were mainstays on the radio.  Definitely check these guys out. It’s super worth your while. 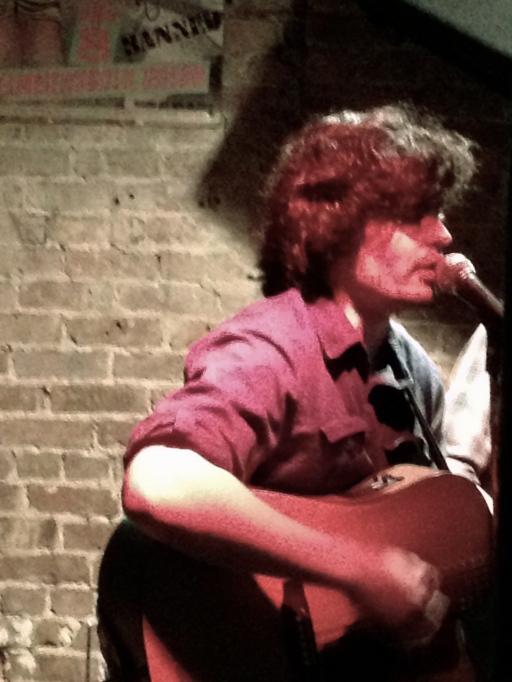 Apparently, boys get hungry after they play music, so Roman and Danny (Bad Man Yell’s bassist) led the way to Columbia U favorite Coronet. The pizza here couldn’t be more different than Roberta’s. First difference, was in size. 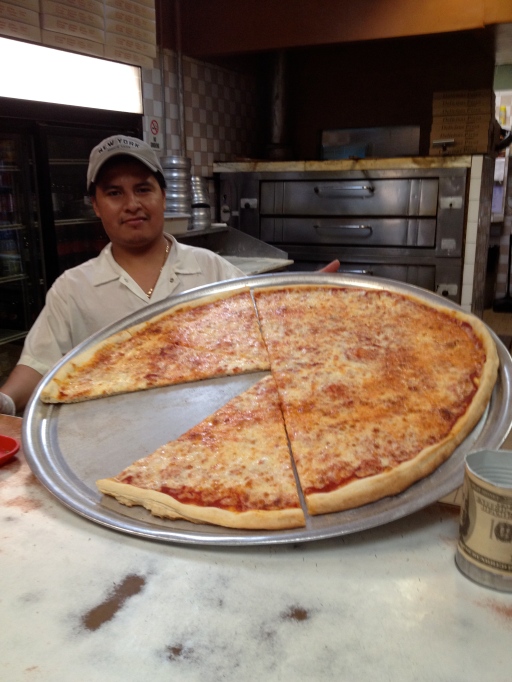 Slab is a more appropriate word than slice in this instance, and I was lucky enough to steal a bite before the boys went to town. It might not have been gourmet, but it sure got the job done. If Roberta’s is one of the best in the city, Coronet definitely places not far after. The only downside is I’d have to save up my calories for a week to go there.

Life is full of sacrifices.